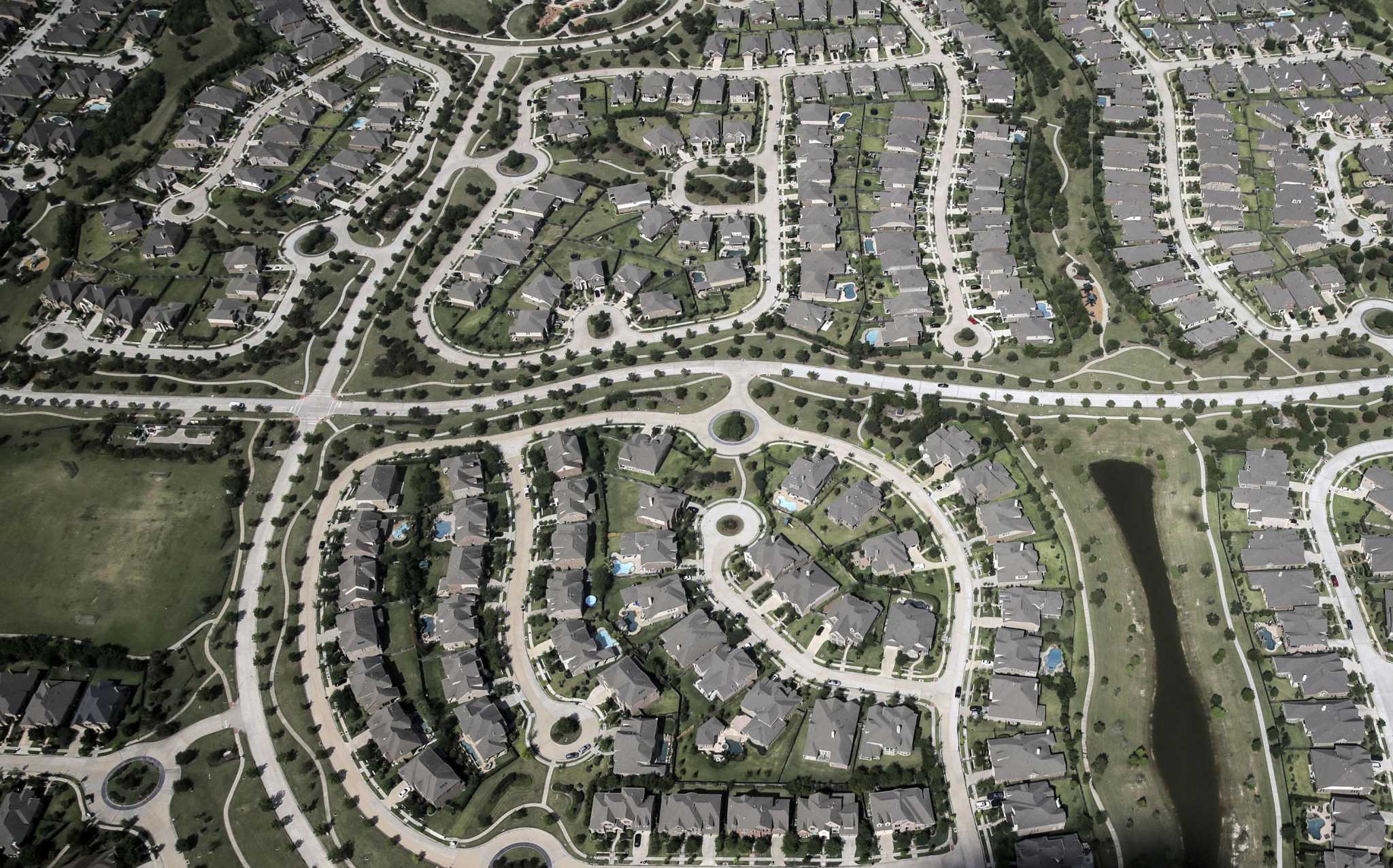 “I’m not even going to show it to them, to be honest with you,” the real estate agent said. “I can’t help you to sell something that’s wiping out my profession.”

In recording after recording, Houston real estate agents are heard saying they will not show certain homes to their clients — even though the houses meet all the buyers’ desires.

Real estate agents are required by law to act in the best interests of their clients, but interactions recorded by California-based discount brokerage REX show that many actually steer clients away from homes that offer less lucrative commissions.

The recordings have come to light as high-profile lawsuits, including one brought by the U.S. Department of Justice, question the way real estate agents are compensated.

If those cases, or cases that follow, succeed in lowering real estate commissions to levels more in line, for instance, with the flat 1.18 percent commission seen in the United Kingdom in 2018 it could save homeowners upward of $70 billion a year — while costing agents the same amount.

Jack Ryan, REX’s chief executive, credits the recorded conversations with sparking the DOJ suit against the National Association of Realtors. The suit, which settled Nov. 20 when the association agreed to some make changes to its guidelines, alleged the association’s rules artificially inflated commissions.

“We went to them and said, ‘Hey, Department of Justice Antitrust Division, why is it that real estate fees in the U.S. are two to three times that of anywhere else in the world?’” Ryan said.

When selling a home, a real estate agent almost always posts the listing on the local Realtors’ association listing service, which together house the majority of home offerings and often syndicate them to real estate search sites such as Zillow and Realtor.com. When potential homebuyers look at a home on HAR.com, they’re seeing the consumer-facing side of a listing service.

What they can’t see are the myriad rules real estate agents agree to in order to use the listing service, including the requirement to say upfront how much they’re offering to pay the agent whose client buys the home. As a result, homesellers in the United States pay a commission to both the listing agent and the buyer’s agent. While the rates are negotiable, a commission of 3 percent to each agent has become the industry norm.

The arrangement, alleges one of the lawsuits pending against the National Association of Realtors, has created an environment in which buyers’ agents have little motivation to guide clients to see homes that will offer them less than a 3 percent commission on the sale price.

Texas Inc.: Get the best of business news sent directly to your inbox

Jack Bierig, attorney for the National Association of Realtors, has argued that real estate agents do not screen homes with low commissions. “A Realtor who is following the ethical rules of NAR and state law has an obligation to show all properties that meet the client’s needs,” he said in a 2019 panel regarding the lawsuit.

But in recordings of calls made by REX agents about its listings, buyer agents said outright they were screening homes because of their commissions.

“I won’t get any commission unless my buyer wants to do it?” asked one in a recording reviewed by the Chronicle. “Well then thank you, I will not be showing this property.”

In response to a request for an interview or comment regarding the recordings, the Houston Association of Realtors emailed the Chronicle a statement saying consumers have many ways of learning about homes for sale, including HAR.com, Zillow and Realtor.com. “Thus, in the greater Houston market, the consumer has multiple options, and there is no market with more transparency for consumers than the greater Houston area because of HAR.com.”

Ryan, REX’s chief executive, had many lives before entering real estate. He has a law degree from Harvard, worked with refugees at the Houston nonprofit Casa Juan Diego, was a partner at Goldman Sachs, taught at private school on the South Side of Chicago, founded a hyperlocal newspaper publication called 22nd Century Media and ran against Barack Obama for the Senate.

It was his time on Wall Street that drove him down a rabbit hole when he encountered the 6 percent real estate agent fee upon selling his home. He discovered that fees had stayed remarkably constant over the decades and across price points — something that struck him as more of a convention than the product of a free market. It reminded him of another convention he had seen during his Goldman Sachs days.

Back then, stock prices also had an odd consistency: they were usually priced in increments of 25 cents. The Department of Justice investigated and found that the convention, enforced by allegations of unprofessionalism against anyone who broke it, discouraged price competition, allowing stockbrokers to make more money on transactions. Major brokerage firms, including Goldman, have since paid more than $1 billion in settlements to investors.

“Now, it costs less to trade shares,” Ryan said. Brokerage firms make less per trade, but the number of trades, unencumbered by artificially high costs, has gone up.

On Nov. 20, the National Association of Realtors settled with the Department of Justice, promising to make it clear that real estate agent services provided to prospective homebuyers are not free and make it easier for real estate agents who are not association members to access lockboxes.

Matasha LaQuinn Ferguson has been helping families buy and sell homes in Houston for 17 years. Fifteen of those years were as a traditional real estate agent.

Then, two years ago, LaQuinn Ferguson decided to join REX as a salaried agent. REX offers to sell homes for a fee that’s less than half of what homesellers normally pay agents — a price they are able to achieve in part by eliminating the buyer’s agent fee for the seller. Instead, the buyer’s agent is asked to discuss compensation with the buyer they are representing, as often happens for homes that are for sale by owner.

As an agent of the only brokerage in the country that operates outside of the multiple listing services, according to Ryan, LaQuinn Ferguson soon realized how difficult it was for a real estate agent to work outside of the rules set up by the NAR.

“The blindfold came off,” she said. “I was like wow… If you’re not a member of the MLS, you’re looked at as a black sheep. Like you are not competent.”

The difficulty getting real estate agents to work with REX was especially bad in Houston, according Ryan. Not only did agents say they would not show REX homes to their clients, but the MLS also had the option to for agents to remove homes from reports generated for clients. That meant a homebuyer asking to see two-bedroom, two-bathroom properties within a certain subdivision, for example, could be sent a link with all the properties that met their criteria except the ones that offer low commissions.

Many agents also would not give REX agents access to the homes their buyers were interested in purchasing. REX suspended its Houston operations in January 2020, the only market where the company has done so.

November’s settlement between the Department of Justice and the National Association of Realtors included an agreement to remove rules that allow buyer’s agents to filter listings by the size of the commission they’ll be paid and limit real estate agents who are not association members from accessing lockboxes.

The day it was reached, REX sent HAR and other associations where it has had difficulties a letter demanding access to lockboxes immediately. The National Association of Realtors wrote back, Ryan said, saying they had more time before the change was required. According to the settlement, local boards of the national association, including the Houston Association of Realtors, will share the new rules with members no later than March 2021.

Mantill Williams, NAR’s vice president of communications, said in an email the changes required by the settlement will “more explicitly state what is already the spirit and intent of NAR’s Code of Ethics and MLS Policies regarding providing information about commissions and MLS participation.”

But if those changes, or changes required by future settlements or rulings, result in allowing discount brokerages such as REX to flourish, the industry will face some difficult conversations.

In such a future, the ranks of United States real estate agents — which include many who work part time — would likely contract. But Ryan predicted that if homeowners stand to lose less equity every time they move, they’ll move more often — in line with what happened with the number of stock trades following that industry’s antitrust settlement. The increased volume of transactions, he believes, would allow the real estate agents who remain to maintain a healthy business.

“They’ll have to get their costs down, but there will be a lot more transactions to work on.”

This story has been updated to reflect REX’s current fees.