For decades, the people who put together big real estate deals in this city have mostly been male and white.


But that is slowly starting to change. The move toward greater diversity gained a little momentum this week with the appointment of Jeanne Pinado as an executive vice president at Colliers, a prominent Boston real estate firm.

The longtime executive director of Madison Park Development Corp. — a Roxbury-based housing nonprofit — Pinado will be a rare Black woman to reach the senior ranks of the city’s major real estate companies. She’s joining Colliers’ Capital Markets Team — which puts together financing packages for large deals — at a time when city and state officials, and even private landowners, are placing a greater premium on attracting a more diverse array of investors for often-lucrative commercial sales and construction projects.

“It’s important now. It’s been important forever. It just hasn’t really been accomplished,” said David Goodhue, who runs Colliers’ Boston office. “Even in my first conversation with Jeanne, I saw somebody who not only could bring an element of diversity to the table but also Two PR vets with deep ties to the real estate industry are trying to change the narrative that New York is dead — and they’ve tapped their industry contacts to help bolster the case.

It continued Thursday with prominent city buildings such as One World Trade Center and One Bryant Park lighting their facades in the campaign’s signature colors.

The choice of buildings was not random: The campaign’s corporate partners include a bevy of real estate developers and firms including the Durst Organization, which operates those two properties, as well as RXR Realty, TF Cornerstone, Silverstein Properties, the Real Estate Board of New York and others.

The campaign is the brainchild of industry vets Rosen, a former adviser to Mayor Bill de Blasio and the co-founder of PR firm BerlinRosen, and Heller, who runs the PR

In the company’s annual year-end trends report, T3 Sixty’s chairman, CEO and founder Stefan Swanepoel imagined a “more diverse,” real estate industry in 2021. His company is taking another step towards acting on that hope. 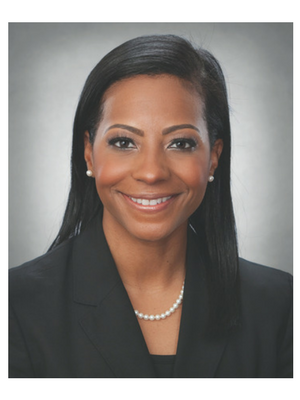 A new nonprofit spearheaded by T3 Sixty’s diversity initiative is looking to help individuals from underrepresented and underprivileged groups pursue a career in real estate. The nonprofit, The Real Estate Apprentice Foundation, will be based in Texas.

In practice, The Real Estate Apprentice Foundation will assist individuals from those communities with various tools, technology, services, Realtor association memberships, multiple listing service fees and provide a path to working with a residential real estate brokerage. The nonprofit hopes to be able to provide cash grants to cover some of the costs related to obtaining a real estate license.

“It is hard to get into real estate, but it is much harder to stay in real estate and remain consistently successful,” Kenya Burrell-VanWormer, who heads T3 Sixty’s diversity initiative, said in a statement.

Burrell-VanWormer, formerly the Houston Association Realtors’ Realtor of the Year and Inman’s Person of the Year, joined T3 Sixty last year to head its diversity initiative. She